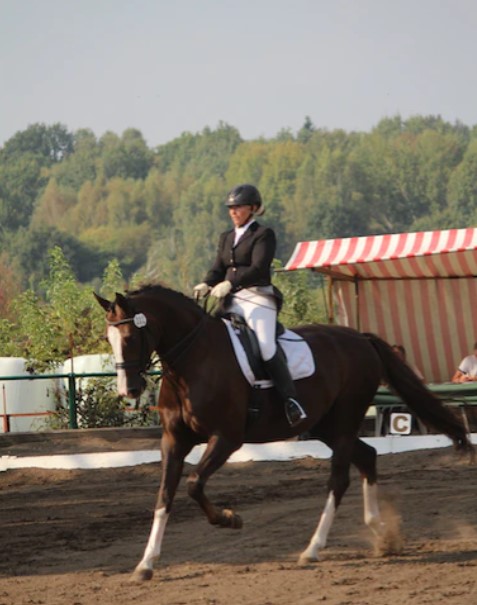 British dressage rider Lewis Carrier has spoken of his “heartbreak” after a paperwork error meant he was forced to withdraw from his last ever under-25 European Championships (24-28 August) and return home from Calais.

Norfolk-based Lewis was selected to represent Britain in Hungary with his own Diego V, alongside teammates Lucy Amy with Rudy and Dylan Deutrom with San Marco. The three horses were transported together from Dover to Calais last Friday morning (19 August) but when they arrived at the border control point in France, a mistake was discovered in Diego V’s veterinary paperwork.

Lewis told H&H a line was scored out in error in the 33-page document.

“I don’t want to blame anyone because the vets and transport company did everything they could to help when the error was noticed. It was agreed the other horses would continue onwards, and Diego was unloaded and went into basically a warehouse where they have around 40 stables, on his own,” he said.

“We were told by border control at around 10am that if we sorted out the paperwork we would be allowed through. So we spoke to our vets in the UK and had them write up new paperwork, my dad Andrew drove the papers from Norfolk to Dover, they were shipped over to Calais and arrived that evening. We gave them to border control and they said ‘No we’re still refusing you and there’s nothing you can do. You have to return to the UK’.

Lewis said it transpired that because the vet had not seen Diego V when the new paperwork was completed in the UK, this meant the papers were not valid.

“Border control didn’t tell us this – so anything we did wasn’t going to work anyway. We thought it was as simple as write up brand new paperwork – exactly the same as the original but without the mistake – and then off we’d go,” he said.

“We waited around all day because we thought what we were doing was the right thing. We eventually got a ferry back to Dover at 1.30am, after Diego had been alone for more than 12 hours. Thankfully he was none the worse, but some horses would have been pretty distressed. I wouldn’t wish that on any horse.”

Lewis considered trying to get a third lot of paperwork on Monday (21 August) and travel back across the Channel on Tuesday, but decided against it, in the interest of Diego. Therefore he was forced to withdraw from the competition – which would have been his last under-25 Europeans.

“It’s such a shame – all the effort from people to make this happen and it was all for nothing. It’s just heartbreaking,” said Lewis.

“It’s really disappointing not to do my last under-25s, because God knows when the opportunity to get on a team will come up again.”

Lewis hopes to make other riders aware of what can happen when travelling abroad, and believes the system should be changed.

“I posted on social media and some people said, ‘Well, if the paperwork was correct you would have been able to go abroad’. Yes an error was made, but that’s not the point. An error should be fixable and shouldn’t mean you can’t cross the border,” he said.

“The paperwork has to be done within 24 hours of? travel but I think that’s too tight when it can take hours and hours for a problem to be resolved. I don’t want anyone to be in the same situation as me, and I really feel people should know what to do in these situations. I remember hearing about Gemma Stevens’ [Tattersall] and Emile Faurie’s issues previously but you don’t think it will happen to you.

In Lewis’s social media post he said he had been put off travelling abroad, but he has since decided he will aim for the World Cup qualifier in Stuttgart, Germany, in November.

“I feel a bit better now having reflected on everything,” he said. “The Europeans feels like a missed opportunity, so I want to compete abroad before the end of the year. I have definitely lost a lot of confidence in the travel system, but the main thing is I have a healthy horse.” 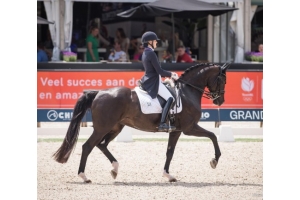