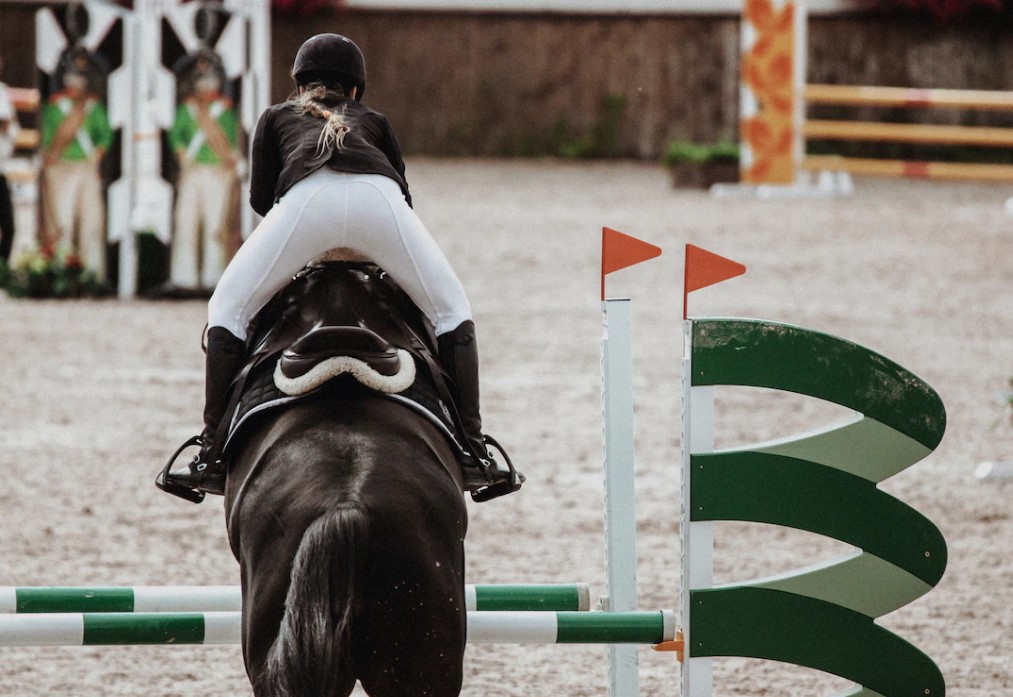 Dressage horses and riders took to the indoor arenas at the World Equestrian Center (WEC) – Ocala on August 26-28, 2022, for national competition at the Dressage XIV and XV shows, presented by Hampton Green Farm and Discover Dressage. The climate-controlled arenas made it possible for junior, amateur and open riders to showcase their talented horses from Intro level all the way up through the Grand Prix division.

On Friday, August 26, during Dressage XIV, 16 horse-and-rider combinations strutted into the arena for the FEI Intermediare I class, where Anna Marek (USA) picked up her first blue ribbon of the weekend aboard Donauwelle P, her own nine-year-old Hanoverian gelding by Don Frederico. Judge at C Tami Batts rewarded their performance with a score of 72.794%.

In the following class, the FEI Grand Prix, Marek dazzled once again, this time with Fire Fly, earning a score of 74.022%, almost five points ahead of second-place finisher Brian Hafner (USA) with Dream Catcher. Marek, who has been based in Ocala for 12 years, got the ride on the 12-year-old KWPN gelding by Briar Junior x 00 Seven last summer when his owner, Janet Simile, asked if he could enter Marek’s training program. At the time, Marek was pregnant with her daughter, Mae, but Simile chose to continue with Marek. Fire Fly had previously competed at the grand prix level with Shelley van den Neste, so Marek knew it would take some time to build their own strong connection.

“I rode him for a little while, and then my assistant rode him while I was off on maternity leave,” explained Marek. “He’s a very sensitive horse, but once I had Mae and we really got going, we just clicked very well. We’ve really sailed along together, moving up from the Intermediare II last year to the Grand Prix.”

Fire Fly’s sensitivity comes in the form of a spookiness Marek has tried to address in their training. After a strong outing in WEC’s Grand Arena during the Dressage III CDI3* on April 14-17, 2022, and with their eyes on the WEC September Dressage CDI3* this September 15-18, Marek felt it was important to keep Fire Fly in the flow of competing. The decision paid off, with what Marek described as their best test together.

“What’s really special about him is that everything in the test he can do very well, especially the piaffe and passage,” detailed Marek. “My coach, Anne Gribbons, has been helping me work on really putting that piaffe on the spot and not letting it creep forward. His piaffes in this test were really what I always hope to show in the ring.”

Saturday’s competition got underway with 15 entries in the FEI Intermediaire I for judge at C Cindi Wylie. Anna Marek claimed the win once again with Donauwelle P, this time scoring 69.412%.

In the USEF First Level Test 1, Anna Marek added another blue ribbon to her collection from the weekend, breaking the 70% barrier again for a 73.793%. She rode Cynthia Davila’s rising star, Nashville, a four-year-old KWPN gelding by Franklin x Bretton Woods. Kim Long was the highest scoring non-professional with 69.310% aboard her own Rockstar, a palomino German Riding Pony gelding.

Sunday brought the competition to an exciting conclusion. Ivo Juhrend (NED) was fourth to go in the FEI Grand Prix class judged by Dorothy Demis and earned 64.239% for the victory aboard Karen Young’s Eye Catcher, a 13-year-old KWPN gelding by Dreamcatcher.

In the FEI Prix St. Georges class judged by Cindi Wylie, 16 combinations aimed for the top of the leaderboard. It was the penultimate duo of adult amateur Erin Walker (USA) and Diamond Rex 2, Craig McCallum’s 17-year-old Oldenburg stallion by Dr. Doolittle, who strided into the winner’s circle with a score of 66.471%. Emily Copeland (USA) was first to go after the lunch break with Inaco LJ and rode Alyssa Warren-Burtt’s seven-year-old Andalusian gelding to the highest score for the professionals, a 65.294%.

The afternoon brought the beat with eight riders vying for the win in the FEI Freestyle Test of Choice for the Prix St. Georges and Intermediare I levels. Fourth to go, Erin Brinkman (USA) rode Fenomenal JW in a test she choreographed to a jazzy medley of songs from the recent Aladdin movie to a winning 73.050%. Though she had not practiced her test prior to competing, her harmony with “Farrah” shined.

“I have a little extra time at the end of the test, like a joker line, to add something if a particular part of the test isn’t as good,” noted Brinkman, who is based year-round at her family’s Valhalla Farm in Wellborn, Florida. “Everything in this test had been great, so I decided to add a whole new loop. That ended up being 18 two-tempis, so that made me really happy, obviously.”

Brinkman continued, “It was just so much fun. I know Farrah has so much potential. What is most exciting is that I feel a lot of very good grand prix movement in her, and when I get her really strong, I think she’s truly international quality.”

Brinkman first got acquainted with the 10-year-old Hanoverian mare by Furst Romancier when she hopped on briefly during a lesson with former student Lindsey Holleger. Though Brinkman felt an instant connection, she respected Holleger’s own admiration for the 17.2hh chestnut mare owned and bred by Julia Whitfield. After competing successfully with Holleger, Farrah spent some time off in a field at Whitfield’s farm. It was then that Brinkman decided to call Whitfield and inquire about pursuing the ride. The timing was serendipitous, as Whitfield noted the mare was feeling great and galloping around in the field. Brinkman picked her up in March 2021 and got to work on developing their partnership.

“After spending time in the field, we really had to focus on her fitness,” Brinkman said of the big mare she affectionately refers to as a giraffe. “I’ve been working through the physical challenges and gaining a lot of her trust. When she first came, she was very spooky, so I did natural horsemanship. I spent a lot of time just being with her and taking her all over the farm in hand to gain confidence.”

Their time together outside of the ring is now translating into success in the competitions. While Brinkman has aspirations to step the mare up to the Grand Prix level, she wants to take her time and be sure Farrah is ready.

“I always knew she was really special. She’s got power for five horses, and she’s got energy for 10 horses,” stated Brinkman. “I was so excited about my test, because honestly, it felt like the best test I’ve ever ridden with any horse. The owner was crying, I was crying; we were ridiculous. It was just super sweet.” 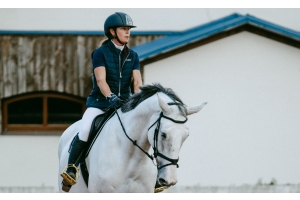